It was a beautiful morning in Panama City Beach thankfully. It was not very windy at all, and the sea looked very calm with few waves.
Transition was a zoo. There were 2258 athletes that started the race. It’s just too much. Some pics of me setting up my bike in transition:
My bike on the rack: 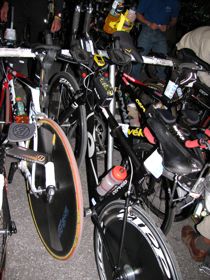 Some pics of my transition area and the incredible number of bags there are due to 2000+ athletes:

Here’s Dan getting ready at his rack: 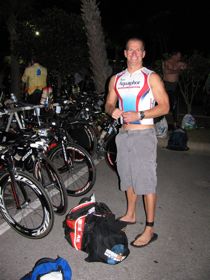 And here’s me psyching myself up for the swim: 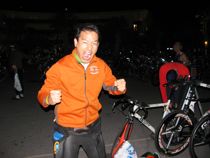 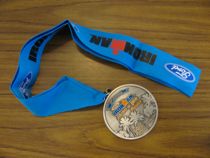