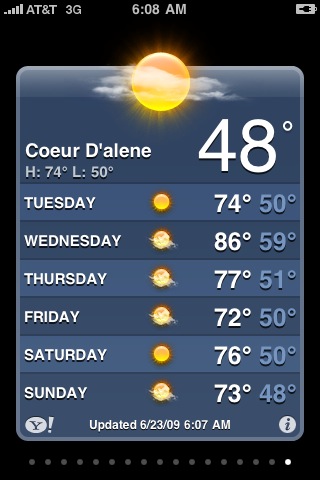 After a rainy cold week of 40s-60s, today it leaps to 74 and tomorrow it’s going to be 86! The rest of the week remains in the mid-70s. Geez imagine if only the race had been a week later…
About my preparation:
1. I had thought my swimming was pretty good. I think the rough water made for a slow swim, even in the draft of 2000+ swimmers. But somehow I’m still not as fast as I want to be. I did survive the swim without feeling too taxed, so fitness wise I’m good, but just not as fast as I want to be.
2. This year I focused on hill climbing by doing intervals up Kings Mtn and Old La Honda. I think this is the right thing to continue, as I am weakest in cycling strength up hills. In three years since Austria, I have improved a lot on hill climbing and still have a ways to go. But at least this year, the bike hill climbing did not wipe my legs and I was still good on the run.
3. My run training was pretty good this year and I was able to maintain a decent pace, assuming that my knee was bugging me. Add the weather to that and my motivation to run was dropping so I think fitness wise I was pretty good but other factors made for a tough run. The gradual hills didn’t bother me at all, so my weeks of treadmill hill training has done wonders for that. But I still don’t have the ability to power up steeper hills, as evidenced by the steep hill at the turnaround on Coeur d’Alene Lake Dr.
More work to be done as always. I’ll be continuing strength building and hill climbing ability for the rest of the year on both the bike and run.